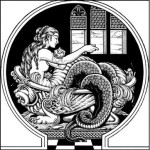 It has been reported that the City of Luxembourg (which is not just a city, but a country in its own right) has commissioned a mermaid statue for its 1050th anniversary. A well-known legend has it that Melusine was the wife of Count Siegfried, who founded Luxembourg in 963 with the acquisition of Luxembourg Castle. […]