There are a number of cities that have a mermaid statue as an icon or symbol of the city.   This includes the capitals of Denmark, Finland and Poland. 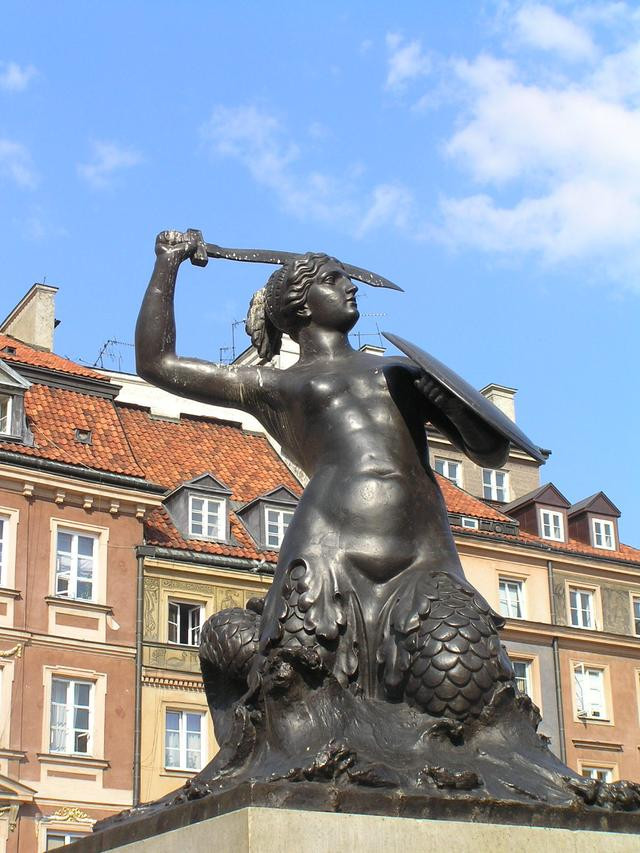 The Syrenka (mermaid) is the symbol and protector of Warsaw, the capital of Poland.The mermaid has been on the city’s coat-of-arms since the 16th century, and symbols of the mermaid can be found all over the city.The most famous of these is the Syrenka bronze statue created by Konstanty Hegel in 1855, a copy of which is found in Warsaw’s Old Town Market square.

One of the legends of how she came to be there relates that she is the sister of the mermaid in Copenhagen.   One of the sisters swam north to Denmark, while the other swam into the Vistula river, and settled near what is now Warsaw.  She was popular with the humans there for her beautiful singing.

When she was captured by a man wanting to profit from her singing, she was freed by the local people.   In gratitude she promised to protect them if they were ever in danger.

It is interesting to note that the Nazis were unaware of the history and significance of the mermaid statues when they occupied Poland, and while they destroyed or stole many other works of art, they left the mermaids unharmed. 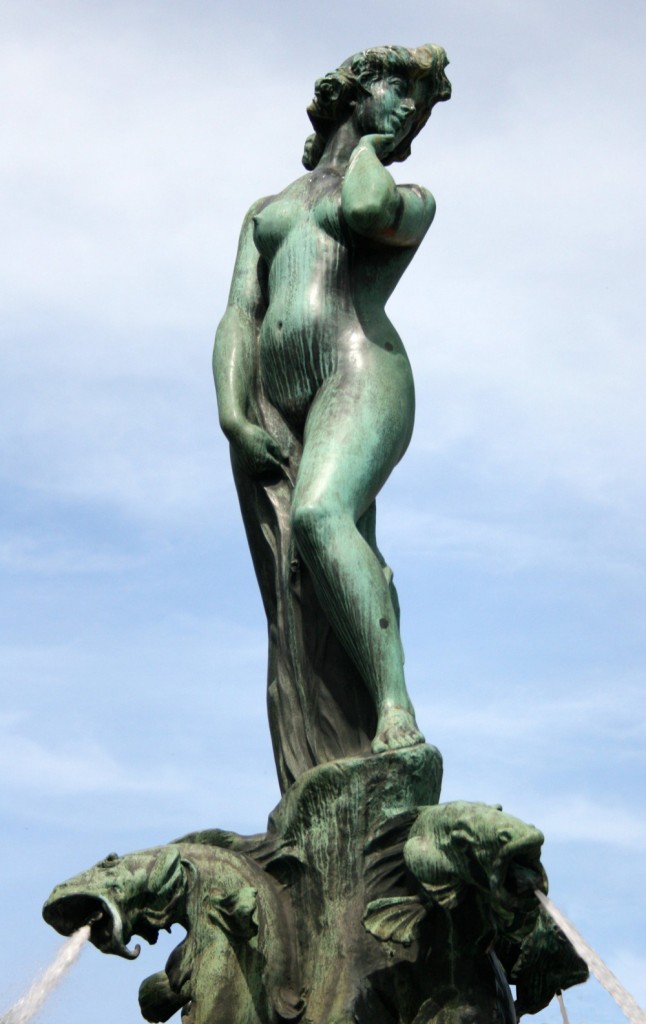 In Finland’s capital Helsinki, the Havis Amanda mermaid statue was created by sculptor Ville Vallgren in Paris in 1906, and then placed and unveiled in Helsinki in 1908.

The Havis Amanda is considered an icon of Helsinki and its most important and beautiful piece of art.

The statue depicts the mermaid rising out of the sea on a pedestal of seaweed with four fish at her feet, and symbolizes Helsinki’s rebirth.

Originally the statue was somewhat controversial, but over time it has become extremely popular.

In Denmark’s capital Copenhagen, the world-famous statue of The Little Mermaid has now been there for a century, and is the top tourist attraction in Denmark.

It was created by sculptor Edward Eriksen in 1913, and has become an icon of both Copenhagen and Denmark. It was of course inspired by Hans Christian Andersen’s fairy tale The Little Mermaid, which also inspired the Disney movie adaptation.

Replicas of the statue have been placed in many locations across the world, including Brazil, Romania, Spain, the United States and China. 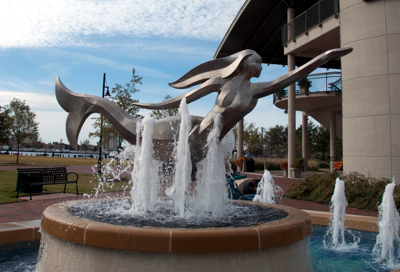 Another city which has adopted the mermaid as its symbol and icon is Norfolk, Virginia. It started in 1999 as a logo for the city. In 2002 it expanded with the “Mermaids on Parade” project, which since then has placed at least 17 mermaid statues around the city’s downtown area, and many more can be found around the city at large.

The mermaid is also prominent on the city’s website, and has been widely adopted as a sort of mascot for the city, with substantial tourism and commerce resulting.

This town decided in 2006 to decorate and place about town 31 mermaid statues as a Beaufort Art Project.

If you know of any other cities with a mermaid as its mascot or symbol, let me know.

The marble and stone basins of Fontana del Nettuno and the nearly identical Fontana del Moro at the south end of Piazza Navona were created in 1574, but only Fontana del Moro had statues from the beginning. The Neptune fountain had no statues for over 300 years, until they were added in 1873-78. The statue […]