Fontana del Nettuno (Fountain of Neptune) is found at the north end of Piazza Navona, and was created in 1574.  The statues were added in the years 1873-1878.   map 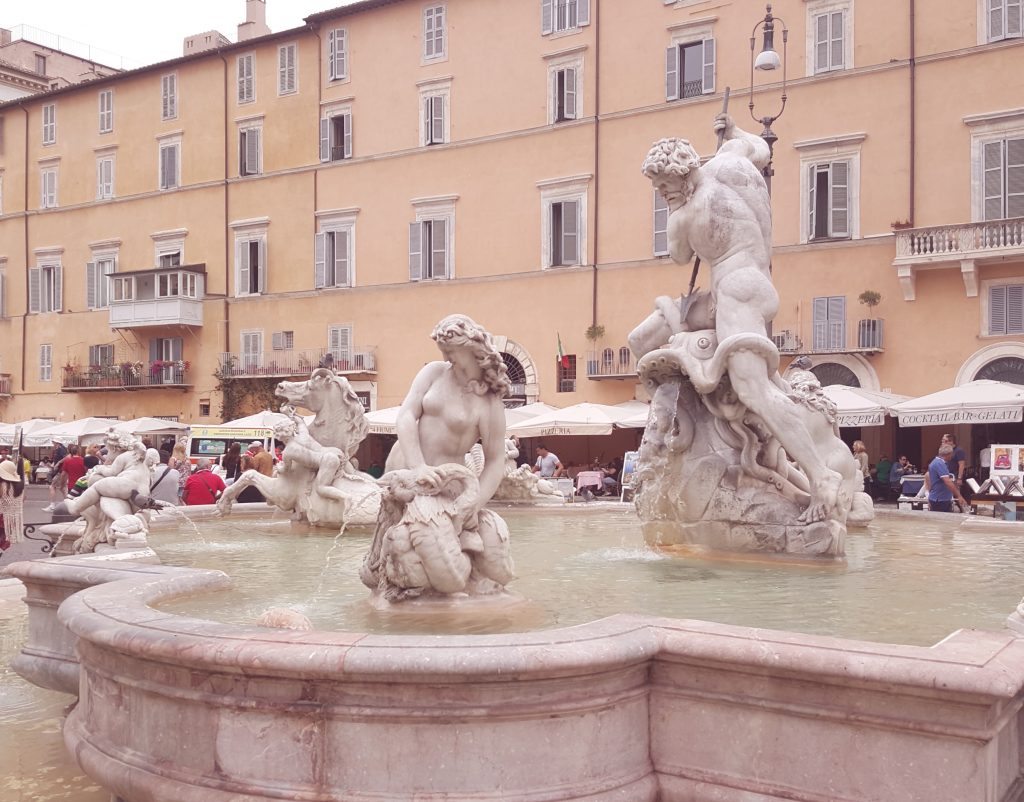 While the nearly identical Fontana del Moro (Moor Fountain) at the south end had statues of tritons from the beginning (1574), the Neptune fountain at the north end had no statues for over 300 years.  Both fountains were created in marble and stone.  The statue of Neptune fighting a giant octopus was sculpted by Antonio della Bitta, and the remaining statues including the mermaids (nereids) were sculpted by Gregorio Zappalà, depicting a scene from Greek mythology.