A gorgeous statue of Hafmeyjan - icelandic for mermaid - can be found perched on a granite block in lake Tjörnin, located in Hljómskálagarður park, near City Hall in Reykjavik.  map 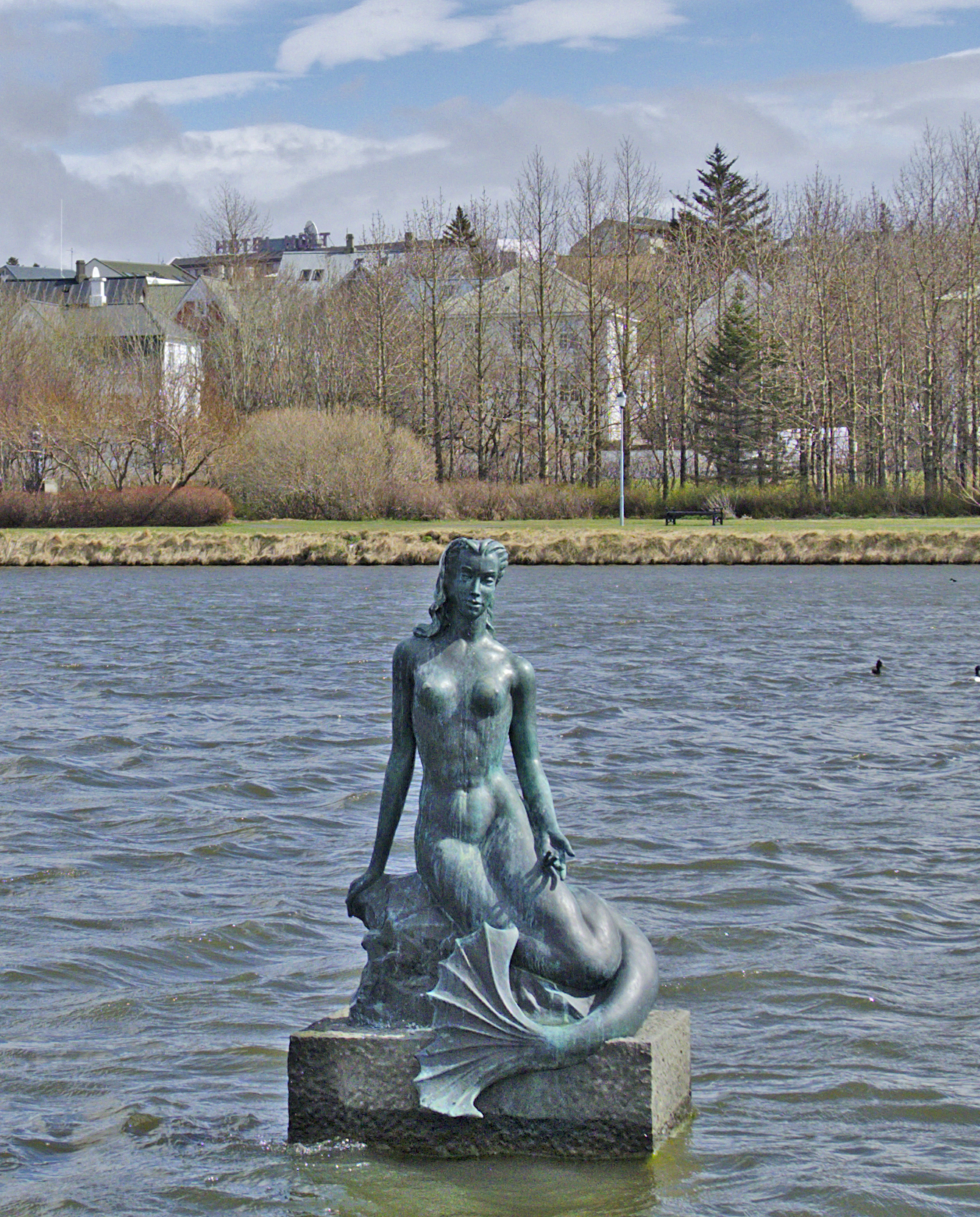 The mermaid statue is by icelandic sculptor Nína Sæmundsson.   It is a recast from the original mold, as the original 1948 statue was damaged many years ago.  The statue was originally placed in the lake, then was later moved to a couple different locations in the park near city hall, and was eventually reinstalled in the lake as you see here.

As in many other cultures, there is a myth about a mermaid in Iceland who sits on a rock in the sea and attracts sailors with her song - after which they disappear forever into the depths in her embrace.

References:
● http://icelandreview.com/news/2014/06/14/jon-gnarr-receives-mermaid
● The Mermaids of Earth coffee-table book: See page 56 in the book about this sculpture.