So many cultures have amazing myths and stories about mermaids or creatures like them. The form and interpretation you probably know best comes from Hans Christian Andersen’s tale The Little Mermaid, which is immortalized in the world’s most famous mermaid statue in Copenhagen Harbor.

But the history of mermaids runs deep and wide. Greek mythology features King Triton, a merman protecting the deep. Homer’s Odyssey mentioned sirens that could have been mermaids and his work has influenced so many tales. Numerous cultures have worshipped human-fish deities or told stories of such creatures or spirits, believing them to be immortal or to possess special powers. Ocean explorers over the centuries told of mermaid sightings. Columbus himself apparently once saw manatees and mistook them for mermaids. And, of course, part 1 of this blog examined ancient mermaid lore from Japan, Africa and Brazil.

These and many other examples make it clear how profoundly mermaid culture has influenced the human imagination.

Western Europe and the Starbucks Logo 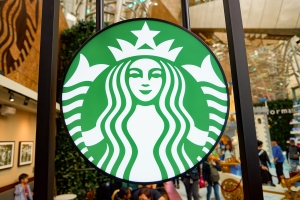 You know the mermaid on the Starbucks logo? That is a depiction of a mermaid, the waterspriteMelusine. Several cultures of Europe have told stories of Melusine and her serpent-like double tail. Those stories appear in some literature and folklore of Germany, Luxembourg, Albania, and France. Melusine is especially connected with France as the royal house of Lusignan (that ruled much of Europe from the 12th to the 15th centuries) claimed to be descendants of her.

Rusalka have a mixed history – sometimes depicted as water nymphs who helped irrigate crops, while other times as spirits of dead girls who lured people to death in the water. (There’s that similarity to sirens again.) These tales came from Slavic cultures and were widely spread in Russia.

Beyond kilts, haggis and William Wallace, there are mermaids in Scottish folklore. Known as selkies, these gentle creatures were believed to have lived as seals while in the water, but shed their skin on land and lived as humans. Legend has it that once ashore, selkies’ skin could be stolen, whereupon they would remain human, marry humans, and have children. Tragedy came later as they would eventually find their old skin and return to the sea, leaving their families.

Another story from the 19th century claimed a Scottish boy threw rocks at a mermaid, killing it. That mermaid was depicted as looking like a child. It presents yet another demonstration of how mermaid tales have gripped human imagination.

From Gaelic legends, merrows(the name is similar to mermaid and merman) were believed to wear a magic cap called the cohuleendruith, which allowed them to live underwater. Female merrows were beautiful half-fish, half-humans. Male merrows, on the other hand, were usually depicted as ugly and cruel. Similar to the Scottish selkies, female merrows often would marry humans. However, inevitably they would tire of land and return to the sea, sometimes with or without their families.

Traditional Maori culture in New Zealand features carvings representing Marakihau, a monster with the head of a human and the body of a long fish. It is usually depicted having a long tongue that sucked up men and canoes, causing tragedy.

There is a Norwegian legend about Finfolk – shape-shifting nomads who were equally at home on land as in water and were believed to be hostile to humans. According to folklore, the Finfolk would often abduct humans and make them their spouses, treating them more as servants than partners. They loved silver, so it was believed that one of the only ways to escape Finfolk was to throw a silver coin at them. 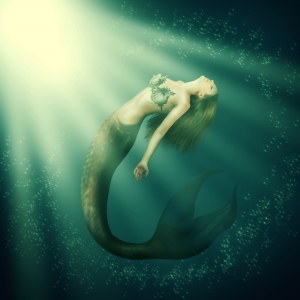 There are accounts of mermaids in ancient Chinese literature. Even the Hindu religion and folklore of Thailand and Cambodia mention a mermaid princess named Suvannamaccha. Mermaid records across Asia are not as extensive as in other parts of the world, but, as with all culture of the East, they are always fascinating and multi-layered.

After reflecting on this two-part blog, it’s clear that mermaid culture and stories have permeated just about every culture on earth. Many tales bear striking similarities, despite having local variations and differences. Because of those similarities, some people have wondered if the stories started in one place and were spread worldwide by word-of-mouth, or if we humans share an unexplained mystical connection with water. One thing is certain… mermaids have affected human culture more deeply and profoundly than one might first think and will continue to do so for generations to come.

Creative Commons Attribution: Permission is granted to repost this article in its entirety with credit to Mermaids of Earth and a clickable link back to this page.