The Rockefeller Center in New York City has an immense amount of art and sculptures. Rockefeller Plaza is just one section of the overall Center, but is rich in art on its own, including the very famous Prometheus sculpture by sculptor Paul Manship, which is probably the best known and most photographed sculpture in New York City.

In the center of the Plaza are the beautiful Channel Gardens framing six fountain basins, each of which has a triton or mermaid interacting with a sea creature.  map 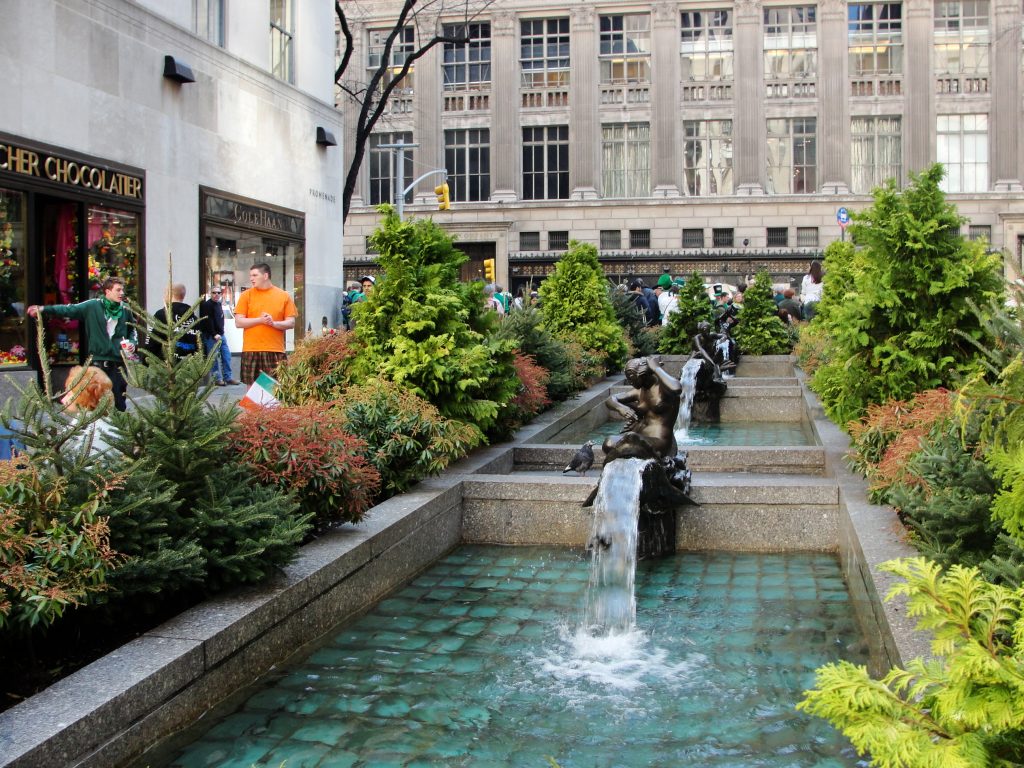 These fountainhead sculptures were created in 1935 by Rene Paul Chambellan, and represent the qualities and concepts of Leadership, Will, Thought, Imagination, Energy and Alertness.

Chambellan was also the sculptor of the large Atlas sculpture (in front of Rockefeller Center) in 1937, based on a drawing by artist Lee Lawrie.

The mermaid sculpture “Will”, riding a large fish and appearing to be steering the fish with her right hand, represents Will.