The mermaid was created by local artist Richard Klyver, and has been 5 years in the making. 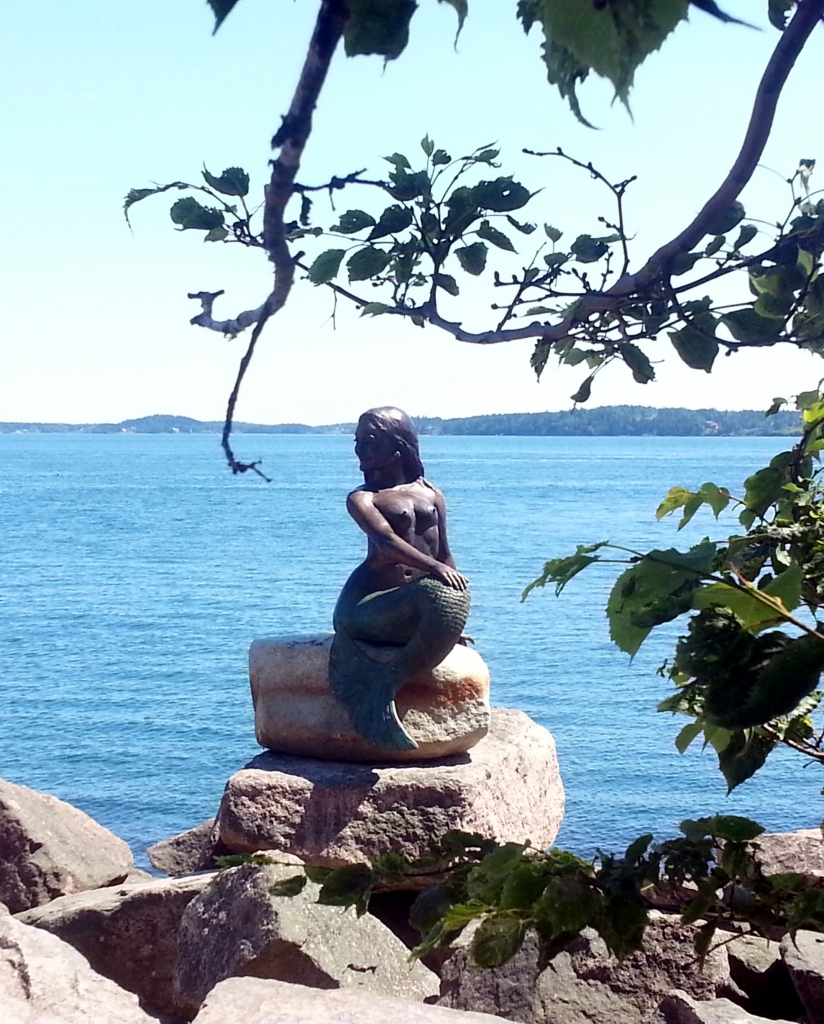 In a ceremony attended by several hundred townspeople and visitors, speeches were given by the head of the city council, by artist Richard Klyver and by yours truly, after which the mermaid statue was unveiled, lots of photos were taken and the mermaid assumed her duties.

Here is a press coverage video of a preview a day before the unveiling:
http://wabi.tv/2015/07/31/mermaid-sculpture-to-be-unveiled-on-eastport-waterfront/